Who We Are
Why Work With Us? About What We Do
Why Representation?
Who We Can Help
Have Never Applied?
Do You Qualify?
Have You Been Denied?
Social Security Programs Our Services Our Fees Testimonials News General
Autism
Mental Disabilities
Physical Disabilities
Social Security Administration Resources FAQs
Helpful Links
Finding an Expert SSD Rep
Medical Problems for Consideration
TV/Radio & Educational Videos
STROKE OR MINI STROKE (TIA)
Stroke
Keeping in mind that your disability must last 12 months or longer and prevent you from working for you to qualify for Social Security Disability benefits, stroke victims often improve after several months. A disability examiner will not make a medical determination until at least 3 months have passed because they will have a more accurate picture of your disability’s restrictions. If they believe that you are showing steady improvement after a stroke, that also might prevent you from collecting disability.

The Social Security listing book lists the following criteria that the examiner must look at. Mini Stroke (TIA)
A mini-stroke, also known as transient ischemic attack (TIA), is a stroke that lasts for less than 24 hours. A TIA is characterized by a lack of oxygen, usually a blood clot that effects a certain part of the brain concerning a particular body part. It manifests itself through loss of use of that body part such as numbness on one side, dizziness, confusion or difficulty speaking to name a few. TIA’s are a warning sign for the patient to make substantial lifestyle changes such as to stop smoking because they are a precursor to having a stroke with much more severe and longer lasting disabilities. Usually issues caused by TIA’s are temporary, so in and of themselves would not qualify you to receive disability benefits from Social Security. 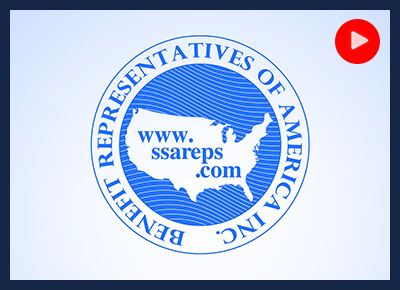 For more information, please call:
(585) 663-6333
We are happy to answer your questions or to talk to you about your best course of action.
CONTACT US
Focused on Client Service
& Personal Relationships
CONTACT US
Find Us: